ETD participation at the 7th edition of SIALO

Training on the reading of budget lines in Eastern Mono

On 23 October 2018, the CETEF Lomé opened the 7th edition of the International Exhibition of Agriculture and Agri-Food in Lomé (SIALO). Each year, SIALO brings together different actors and professionals working in the fields of agriculture, livestock breeding, fishing, agri-food, gastronomy, representation and distribution of food brands.

Coming from Africa and elsewhere, all these actors go to SIALO to do exhibitions-sales but also and especially to conduct exchanges and make meetings B To B.

As an agricultural project leader, ETD also participates to promote its activities in the field of market access for family farming.

This year, SIALO is under the theme of “youth agro-entrepreneurship and agro-industry, levers of a strong agriculture”. It is coupled with the 4th edition of packaging and packaging.

The opening ceremony began at 16:00, with the words of welcome from the CETEF Director General followed by the speech of the SIALO Commissioner General and the PAEIJ coordinator. The kick-off was given by the Secretary General of the Ministry of Agriculture of Livestock and Hydraulics, representing the Minister of Agriculture.

In her speech, the Minister’s representative praised the efforts of the organizers of SIALO to promote this Fair, which reflects the Head of State’s vision of making the agricultural sector a real lever of the economy. She welcomed the theme of this 7th edition which is in line with the efforts made to achieve objectives such as job creation through actions such as the establishment of agropoles and the creation of the Agricultural Finance Incentive Mechanism (MIFA).

Like every edition, SIALO will be punctuated this year by a series of events including an innovation contest and thematic days focusing on soybean, cashew and cassava.

Coming from Togo but also Mali, Niger, Gabon, Cameroon, … various products and services are now available until October 29, 2018, at the OTI pavilion of CETEF. Among its products are ESOP products: DELICE rice, ESOP honey, SOJAZOGBON soybean meal and SOJAVIE. A little trick is needed! 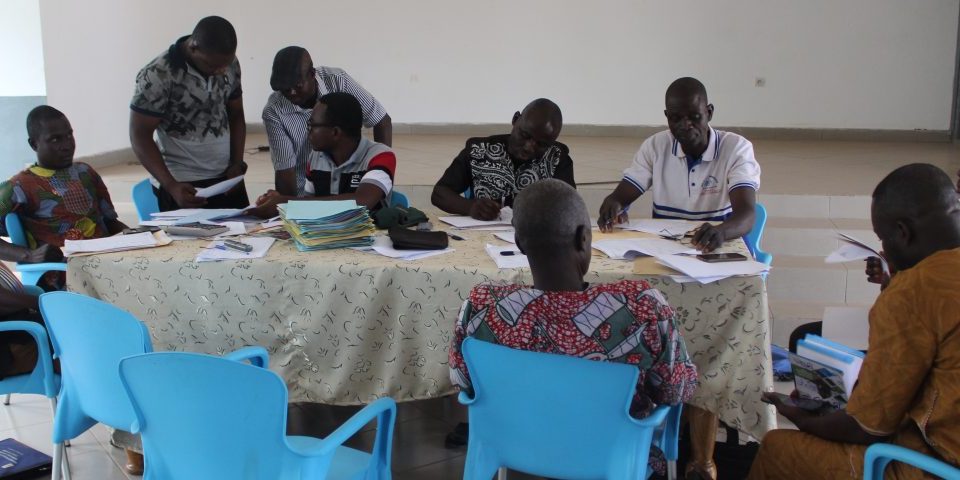